Tumbleweed Connection is the third studio album by British singer-songwriter Elton John, originally released in October 1970 via DJM Records in the UK and UNI Records in the US.

On Tumbleweed Connection, Elton John and Bernie Taupin attempted their most ambitious record to date for the follow-up to their breakthrough album. A loose concept album about the American West, Tumbleweed Connection emphasized the pretensions that always lay beneath their songcraft.

The album was recorded at Trident Studios, London, England in March 1970 and released in October of the same year.

Dee Murray and Nigel Olsson appear for the first time together on this album as the rhythm section on "Amoreena". Olsson had played on one track on Empty Sky for John in 1969. It is Murray's first appearance on an Elton John album.

This album is a 2022 repress on 180 gram black vinyl housed in a gatefold sleeve with lyric booklet and remastered audio, pressed in Europe via DJM and Mercury Records. 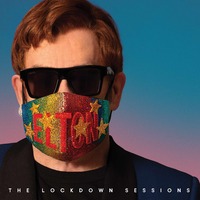