Share:
$48.90
In Stock
All copies of the album have a small dent in the corner of the album cover - see photo attached.

Songs From The South 1985-2019 is a compilation album by Australian singer-songwriter Paul Kelly, released in November 2019 via Gawd Aggie and EMI Records.

In 2019 Paul Kelly has updated the compilation album to bring it up to the present day, including songs from his most recent studio albums Nature (2018) and Life Is Fine (2017). The album has been released on a 2CD set and for the first time, a curated double album 2LP vinyl set.

The 2LP vinyl set includes some of his most enduring and well-loved songs including “Before Too Long”, “To Her Door”, “Dumb Things”, “Leaps and Bounds”, “From Little Things Big Things Grow”, “How To Make Gravy” and “Firewood and Candles”.

This double album 2LP record set is on black vinyl housed in a gatefold sleeve, pressed in Australia via Gawd Aggie and EMI Records. 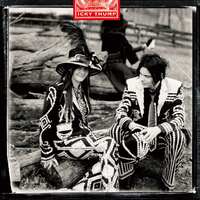