The album received widespread acclaim from critics, and debuted at #2 on the US Billboard 200 albums chart. It was named among the best albums of 2017 by multiple publications and was nominated for Best Rap Album at the 2018 Grammy Awards.

This double album 2LP record set is on black vinyl housed in a gatefold sleeve with a printed insert, pressed in Europe via Columbia Records. 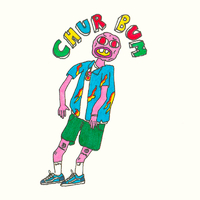