Bastards is concerned with Waits’ more experimental musical styles, opening with an adaptation of Bertolt Brecht's poem “What Keeps Mankind Alive?” (music by Kurt Weill) and continuing on “Children's Story”, which is an excerpt of Robert Wilson's production of Georg Büchner's unfinished 1837 play Woyzeck, the score of which Waits wrote and later released as his Blood Money (2002) album.

The album contains other literary adaptations, including a Charles Bukowski poem about enlightenment and two songs, “Home I'll Never Be” and “On The Road”, originally penned by Jack Kerouac. 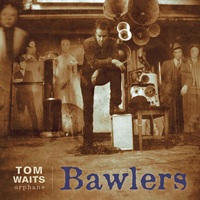