A Bigger Bang is the 22nd studio album by British rock band The Rolling Stones, originally released in September 2005 via Rolling Stones Records and Virgin Records.

The first album of original material released since Bridges To Babylon (1997) saw the Stones return to a more stripped down blues rock format with all the basic material recorded and worked up from a base created by the core trio of Jagger, Richards and Watts. This is what gives the album such an organic and raw feeling throughout.

The album contains some cracking tracks including “Rough Justice”, “It Won’t Take Long”, “Sweet Neo Con”, “Rain Fall Down” and “Back Of My Hand”.

The mid tempo song “Streets Of Love” was released as the first single and has a powerful hook with Jaggers’ falsetto vocal still in fine form through the chorus, but what stands out is the synergy between the Richards’ guitar riffs and the drumming – pure Stones magic.

The second single “Rain Fall Down” has a great guitar driven feel with a dance floor strut groove, with just the right amount of space to let the core instrumentation shine, without being over produced.

With sixteen tracks, the band showed that they had lost none of their grit and determination to stay relevant as they headed into their 60s, and delivered a fabulous album that ranks up the best of their 1970s albums.

This is an essential addition to any Stones collection. 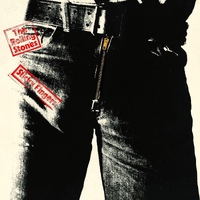