The 1975 - I Like It When You Sleep, For You Are So Beautiful Yet So Unaware Of It

I Like It When You Sleep, For You Are So Beautiful Yet So Unaware Of It is the second studio album by British alternative rock band The 1975, released in February 2016 via Dirty Hit and Polydor Records.

The first single to be released from this album was "Love Me" in October 2015. Over the course of five months, "Ugh!", "Somebody Else" and "The Sound" were released as singles, with "A Change of Heart" released four days prior to release. "She's American" and "Loving Someone" were later released in November 2016 and February 2017 as the final singles.

The album received positive reviews from music critics upon release and several publications listed it as one of the best albums of 2016. The album also achieved significant commercial success, reaching #1 on the US Billboard 200, UK and Australian albums charts.

This double album 2LP record set is on 180 gram clear coloured vinyl housed in a gatefold sleeve with download code, pressed in Europe via Dirty Hit and Polydor Records. 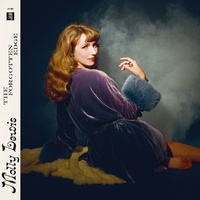