Live On The Queen Mary is a live album by American rhythm & blues singer and pianist Professor Longhair, originally released in 1978 via Harvest Records.

The album was recorded on 24 March 1975 on the retired RMS Queen Mary cruise ship docked in Long Beach, California, USA at a private party hosted by Paul and Linda McCartney.

Highlights include the rollicking “Mess Around”, and the standards “Stagger Lee”, “Everyday I Have the Blues”, “I'm Movin On”, and his hits “Mardi Gras in New Orleans” and “Tipitina”.

Henry Roeland 'Roy' Byrd, better known as Professor Longhair, was a New Orleans blues singer and pianist. He was active in two distinct periods, first in the heyday of early rhythm and blues and later on during the resurgence of interest in traditional jazz surrounding the start of the New Orleans Jazz and Heritage Festival. He influenced other New Orleans musicians such as Fats Domino, Allen Toussaint and Dr. John with his rumba, mambo, and calypso piano based blues sound.

This album is a 2019 reissue on 180 gram black vinyl with remastered audio, pressed in Europe via mpl Communications and Harvest Records. 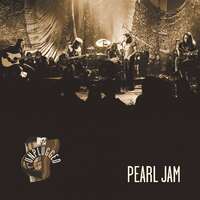