Originally released on CD in 2007, the mini-album (29 minutes of music) was written during the Fear Of A Blank Planet sessions, completed over the Summer of 2007, and is presented as a cohesive, self-contained Porcupine Tree work in its own right.

Porcupine Tree released their last album, The Incident, in 2009, marking another step forward in the incredible journey of the band that began as a solo studio project created by Steven Wilson in the late eighties to a multi Grammy nominated act and one of the world’s most revered live bands, selling out arenas across the globe and wowing fans with their incredible performances.

This EP is a 2022 reissue on black vinyl with a printed inner sleeve, pressed in Europe via Transmission Recordings. 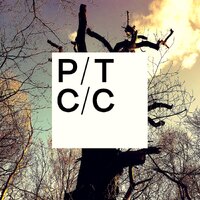