Nathaniel Rateliff - Falling Faster Than You Can Run

Falling Faster Than You Can Run is the second solo album by America musician Nathaniel Rateliff, released in September 2013 on mod y vi records.

Nathaniel Rateliff is an American musician, singer and songwriter from Hermann, Missouri.

Known for his folk-based, pensive songwriting, Rateliff has garnered attention with Nathaniel Rateliff & The Night Sweats, the soulful R&B combo he formed in 2013.

The album was created during a period of upheaval for him, with the album being recorded after touring as a solo artist and separating from his wife and giving up drinking.  The album has a sense of loneliness and isolation, and garnered very positive reviews upon it's release.

Check out a couple of tracks from the album:  Falling Faster Than You Can Run ;  Still Trying ; Nothing to Show For and Right On.

This is a Vinyl LP Record with Gatefold Sleeve and digital download, pressed in the US. 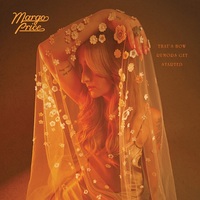