After the bashing debut From Genesis To Revelation received, Genesis obviously decided that if they were going to be successful they would have to revamp in a major way. This included not only their sound but personnel as well.

Genesis’ second effort, Trespass, would set a standard for all that they would release for several years to come, and would also influence so many other bands for decades.

Here we have original lead guitarist Anthony Phillips, but no Steve Hackett or drummer Phil Collins. The sound has moved away from the 60’s based Bee Gees/Moody Blues pop pastiche to a new English pastoral declaration that heralded a new direction for the first time from these British schoolboys.

Peter Gabriel’s plaintive wail, “Looking For Someone”, couples with moody organ and clever guitar before turning powerful and going back to the easy nature of the beginning with flute and then back again to powerful drumming and lead guitar. This use of dynamics clearly state what the band is trying to convey on this and future recordings. “White Mountain” tells the story of a wolf pack leader being challenged for his status as head of the clan. “Visions Of Angels” opens with a lilting piano and leads to a very powerful song.

“Stagnation” has a brilliant build as it carries to Gabriel dramatically punctuating the beats with “Ah ah ah, I want to sit down. I want a drink.” It is very powerful and is one of the great Genesis songs. “Dusk” is a breath of fresh air that gives us a slight break before “The Knife”, an incredible song with forceful lyrics.

If you enjoy the Genesis records with Peter Gabriel at the mike, Trespass is an excellent addition to your collection if you do not already own it.

Check out the tracks: “The Knife” and "Stagnation".

This Limited Edition LP housed in a gatefold sleeve with remastered audio and printed insert is pressed in Europe on 180 gram heavyweight vinyl. 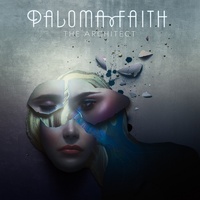