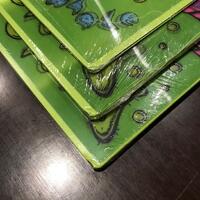 Share:
$79.90
Sold Out
All copies have a small dent in a corner of the album cover - see photo attached.

Dune Rats are from Brisbane, Queensland, forming in 2010 initially as a duo and now a three piece band comprising Danny Bues (lead vocals, guitars), BC Michaels (drums) and Brett Jansch (bass). Their debut album Dune Rats was released in 2014, followed by The Kids Will Know It’s Bullshit in 2017 and Hurry Up And Wait in 2020.

It’s done. It’s in the can. Australia’s favourite ratbags, Dune Rats have confirmed album #4 will be titled ‘Real Rare Whale’.

‘Real Rare Whale’ is Dune Rats 4th long player and follows on from their consecutive #1 ARIA albums, 2020’s ‘Hurry Up And Wait’ and 2017’s ‘The Kids Will Know It’s Bullshit’.

Recorded with acclaimed producer Scott Horscroft, the band relocated to Eden on the south coast of New South Wales for three months at the height of the pandemic and set out to write an album that was opposite to the negativity going on in the world. The result is an album full of fun and melodic rock n’ roll.

This album is a limited edition on hot pink coloured vinyl housed in a lenticular gatefold sleeve, pressed in Canada via BMG. 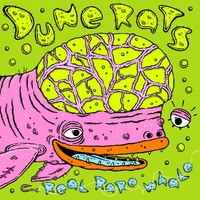