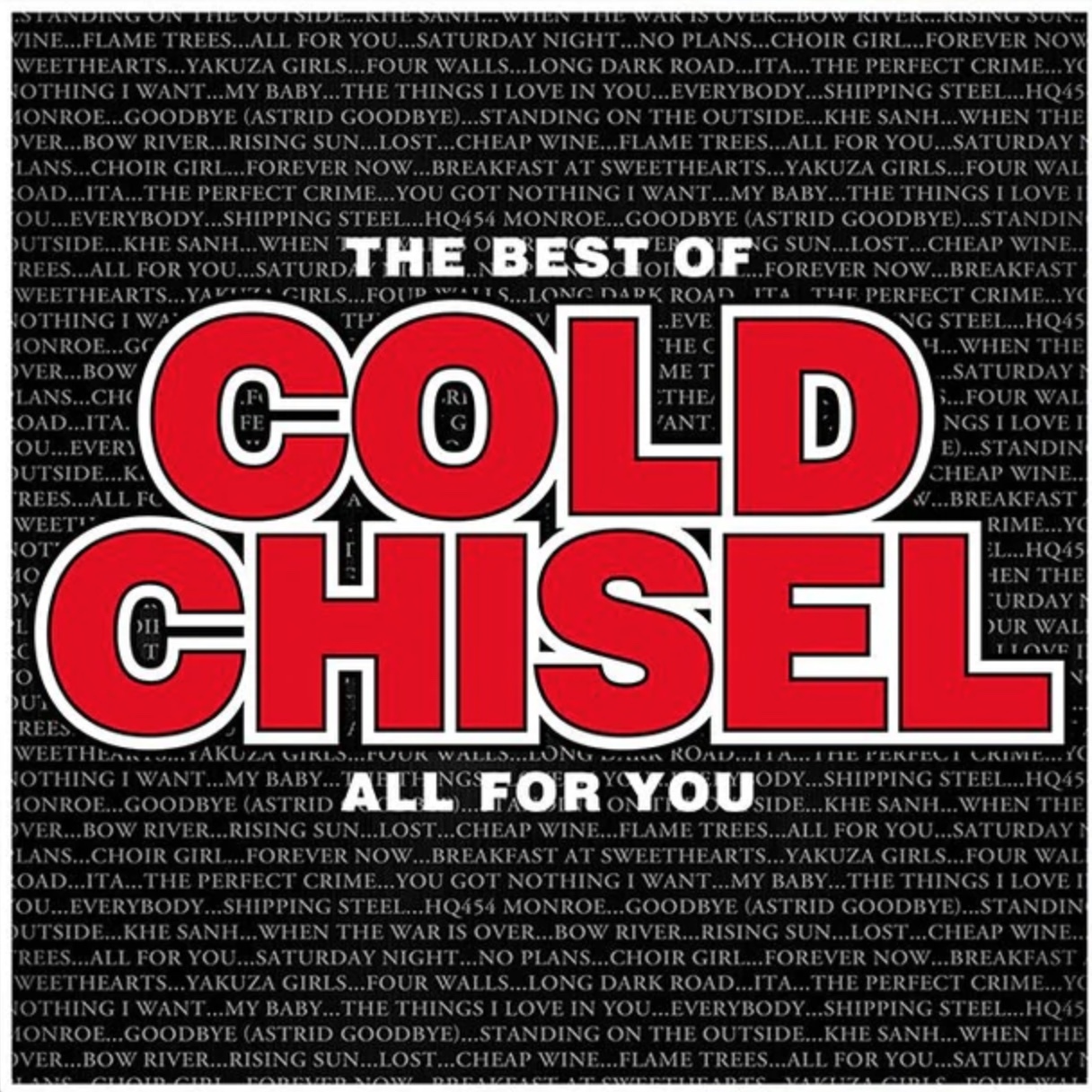 Cold Chisel - The Best Of Cold Chisel: All For You

The Best Of Cold Chisel: All For You is a compilation album by Australian rock band Cold Chisel, originally released in October 2011 via Warner Music Australia.

The multi-platinum selling Cold Chisel anthology is now on vinyl for the very first time! Pressed on luscious 180 gram black vinyl, housed in an elegantly presented gatefold sleeve and spread over 2LP's and 26 tracks, this definitive Best Of takes in songs from the acclaimed albums 'No Plans' (from 2012) and 'The Perfect Crime' (from 2015) in addition to the unparalleled catalogue of tracks from the band's early history.

Following the death of the group's drummer Steve Prestwich in 2011, the band regrouped for their first new compositions in over thirteen years. The 2011 version of this compilation album included two new tracks, "All For You" and "HQ454 Monroe" and eighteen of their greatest hits. The greatest hits tracks were chosen by their fans who voted for their favourites on their website.

In 2018 the package was updated to include hits from their most recent studio album No Plans and The Perfect Crime.

This double album 2LP record set is a 2018 release on 180 gram black vinyl housed in a gatefold sleeve with printed inner sleeves, pressed in Australia via Cold Chisel and Universal Music.