Kind is the third studio album by Brazilian singer-songwriter and pianist Dillon, released in November 2017 via PIAS.

Dillon moved to Germany at a young age and is now based in Berlin. Her debut album This Silence Kills (2011) received widespread critical acclaim and her second studio album The Unknown followed in 2014.

Dillon’s third studio album Kind is her first with new record label PIAS and deals with love and how to recuperate through as well as from it.

The album is beautiful with every track being unique and evolving the album from beginning to end. Even thought it is sometimes minimalistic, it shimmers with its endless atmosphere of electronics and vocals.

This limited edition LP record is on 180 gram clear vinyl with a CD album copy, pressed in Europe. 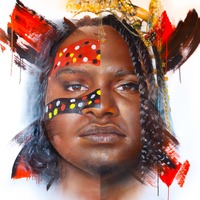