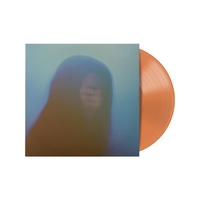 Silverstein - Misery Made Me

Misery Made Me is the eleventh studio album by Canadian post hardcore band Silverstein, released in May 2022 via UNFD.

The release of their eleventh studio album, Misery Made Me, finds the group spring boarding off the heights they’ve reached over the past handful of years; their latest album (2020’s A Beautiful Place To Drown) adding 80 Million streams to a mind-numbing career total of 500 Million; it collecting a nomination for Rock Album Of The Year at the esteemed Juno Awards; and its most recent headliner selling out nearly every date in elite rooms.

This album is a limited edition of 2500 copies on opaque tangerine orange coloured vinyl with a printed inner sleeve, pressed in Canada via UNFD.