For the 30th Anniversary of Pixies’ 1991 album ‘Trompe Le Monde’, it is being reissued as a limited edition on marbled green coloured vinyl. This album bookended a golden run of landmark records - a mini-album followed by four albums, released in quick succession - that cemented Pixies as one of the best for a generation.

Recorded between Burbank, Paris and London, with producer Gil Norton again at the controls, their fourth album is arguably their most playful, with Black Francis’s lyrics on UFOs and conspiracy theories keeping things weird while power pop creeps in to amplify the space rock established on predecessor ‘Bossanova’.

Receiving critical praise at the time and being supported by a huge tour that included playing stadiums with U2, it also proved to be the end of Act One for the band, with them taking over a decade before returning to the stage together.

This album is a 30th Anniversary limited edition reissue on green marbled coloured vinyl with a printed inner sleeve, pressed in the US via 4AD Records. 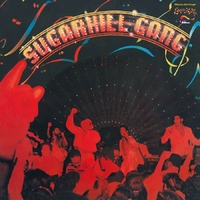