‘The Ultra Vivid Lament’ is both reflection and reaction; a record that gazes in isolation across a cluttered room, fogged by often painful memories, to focus on an open window framing a gleaming vista of land melting into sea and endless sky.

A departure from their last release (2018’s ‘Resistance is Futile’), ‘The Ultra Vivid Lament’ is the first Manic Street Preachers album initially conceived on piano rather than guitar.

It was recorded over winter 2020/21 in Wales at Rockfield in Monmouth and the bands’ Door to the River studio in Newport with longtime collaborator Dave Eringa (The Who), before being mixed by David Wrench (Blossoms, Frank Ocean, Arlo Parks). 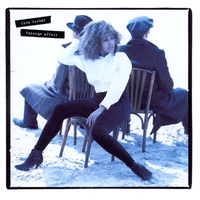