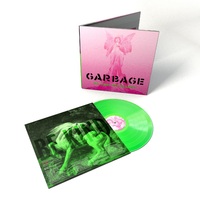 The album was produced by Garbage and long-time collaborator Billy Bush.

This album is on neon green coloured vinyl housed in a gatefold sleeve with printed inner sleeve, pressed in Europe via Infectious.