Their 2008 YouTube video cover of the song "Tiger Mountain Peasant Song" by Fleet Foxes spread their name rapidly on the Internet. After that they have achieved world wide fame with their harmonious singing and country and folk influenced songs, leading to a nomination for a Brit Awards as one of the five best international groups in 2015, and were nominated again in 2019. They have released five studio albums to date, including three number one albums in their home country Sweden: The Lions Roar (2012), Stay Gold (2014) and Ruins (2018).

They have resumed touring in 2022 and played Glastonbury in June this year, and are currently accompanied by Freja Drakenberg (keyboards), Gabriel Runemark (drums) and Johannes Runemark (guitars & mandolin).

Their new album Palomino was recorded in their homeland with Daniel Bengtson and is a very uplifting album, taking a nod to the 1970s and pop rock music, showcased by artists such as Fleetwood Mac, Carole King and Gram Parsons. This is the first album they have recorded in Sweden since their debut, and they enjoyed the experience of recording at home with a producer, with whom they garnered a lot of positive energy from, exploring different sounds and pop elements. They still love their roots music, but have found inspiration from exploring pop sounds and integrating it into their music on this album.

The album features the singles ‘Angel’ and ‘Out Of My Head’.

This album is on black vinyl housed in a gatefold sleeve with printed inner sleeve, pressed in Europe via Columbia Records. 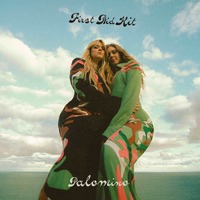