Diamond Star Halos is the brand new album from Def Leppard, their first since their chart topping self-titled Def Leppard album released in 2015. Written by the band over the past two years it features fifteen tracks including the anthemic, stadium-ready singles “Kick” and “Fire It Up”, with guest vocals from Alison Krauss on “This Guitar” and “Lifeless”.

The album title references T. Rex’s “Bang a Gong (Get It On)” with nods to T.Rex, David Bowie and Mott The Hoople across the album, which mixes the sound of their classic spirit with modern fire. 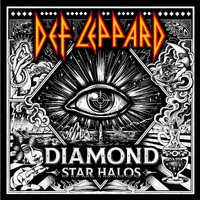