Part man part machine, Cybotron was the synthesis of progressive rock and electronic music experimentation, conceived by pioneers of the Australian electronic underground, Steve Maxwell Von Braund and keyboardist Geoff Green, together they produced a series of mind-altering cosmic albums throughout the 1970s which set the tone for the minimal wave and electronic post punk scene of early 1980s Melbourne.

After releasing their debut studio album Cybotron in 1976, followed by a live album Saturday Night Live in 1977, the band released their second studio album in 1978, Colossus, with Colin Butcher joining the band to provide drums, percussion, and synthesiser.

Australian musicologist Ian McFarlane felt that Colossus had a "more progressive edge backed by a massive symphonic sound". Allmusic's Richard Foss noted they had "hit a peak with Colossus, which benefited from the presence of drummer and synth player Colin Butcher. This album sold better in Europe and the U.S.A. as an import than it did in Australia, and for a few milliseconds it looked like the band might break internationally".

Dual Planet Records present the long awaited reissue of this landmark Australian recording. Issued as a limited edition reissue of the 1978 LP, remastered from the original source! This album was originally scheduled to be released for Record Store Day 2020.

This album is a 2020 reissue on glow in the dark blue coloured vinyl with remastered audio, pressed in the US via Dual Planet. 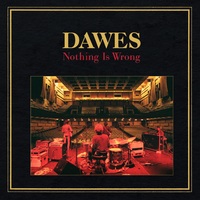