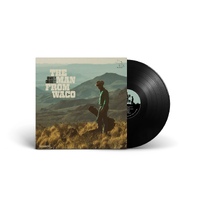 Charley Crockett - The Man From Waco

The Man From Waco is the eleventh studio album by American roots singer songwriter Charley Crockett, released in September 2022 via Son Of Davy and Thirty Tigers.

Charley Crockett wrote or co-wrote all 14 songs on the album, and in many ways The Man From Waco is the purest distillation of his artistry to date.

What started as a demo session with producer Bruce Robison at Robison’s studio The Bunker outside Austin, TX turned into the first album Crockett has ever made with his band The Blue Drifters backing him from start to finish. Mostly first takes with only a handful of overdubs, The Man From Waco finds Crockett refining his singular “Gulf & Western” sound which continues to captivate an ever-growing legion of fans.

“I just wanted an honest partnership: do it at your place, live to tape, everybody in the room,” Crockett says of the recording experience, and Robison was happy to accommodate. “The magic is in the performances on that tape. That’s what Bruce wanted to do, that’s what I wanted to do. When we were done, I said ‘these are masters, not demos.’”

Crockett won “Emerging Act of the Year” at the 2021 Americana Honours & Awards and made his Austin City Limits TV debut a month later. He received billboards in Times Square from Spotify and CMT, performed at several top tier festivals including Austin City Limits and Merlefest, and was featured in an exhibit at the Country Music Hall of Fame and Museum. 'Music City USA' released in Sept 2021, stayed at #1 on the Americana radio charts for six straight weeks and the album debuted on 14 different Billboard charts.

Globally, Crockett’s music has been streamed over 190 million times, with 93 million streams coming in the past year.

This album is on 180 gram black vinyl with a printed insert, pressed in the US via Son Of Davy and Thirty Tigers. 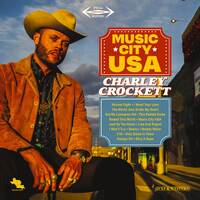