Share:
$49.90
In Stock
All copies of the album have a small dent in one corner of the album cover - see photo attached.

Known for being a prolific creator, Music City USA is Charley’s tenth album in his six-year career. Produced by Mark Neill and recorded at Soil Of The South Productions, this new release is the follow up to 2020’s ‘Welcome To Hard Times’ and Charley’s 2021 tribute release to James Hand, ‘10 For Slim’.

The lead single from the album was “I Need Your Love” and Brooklyn Vegan called it "a sweet and sultry slice of southern soul" while The Boot called it "a dose of horn-filled soul”.

Among his list of career highlights, Charley is currently being featured in Nashville’s Country Music Hall of Fame as part of their American Currents exhibit.

This double album 2LP record set is on black vinyl at 45 RPM housed in a gatefold sleeve, pressed in the US via Son of Davy and Thirty Tigers. 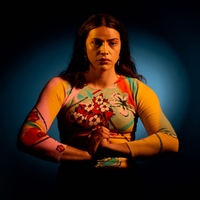