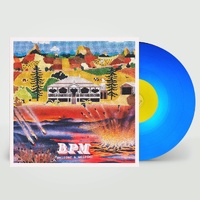 Ball Park Music, one of Australia’s most beloved bands, deliver their 7th studio album titled 'Weirder & Weirder' The album has featured three singles so far, all of which have had national premieres on triple j. First single “Sunscreen” entered the 2021 Hottest 100 at #21.

The band have enjoyed sustained success since their inception, winning the J Award for Unearthed Artist Of The Year in 2011 and Queensland Music Awards in 2013 and 2021. They have also been nominated for awards from ARIA, AIR, APRA, Notional Live Music and Rolling Stone Australia.

This album is a limited edition on blue coloured vinyl with a printed inner sleeve, pressed in Australia via Prawn Records.