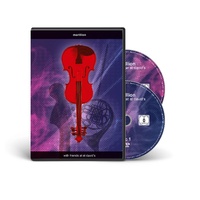 With Friends At St David’s is a live album by English progressive rock band Marillion, originally released in November 2020 via Racket Records and earMusic.

British rock band Marillion, founded in 1979, have, over the course of 18 studio albums, become one of the most commercially successful progressive rock bands of the 1980s and are still one of the most outstanding representatives of their genre. As the first of their peers, Marillion have started to embrace the potential of the internet for both their commercial approach and to interact with their audience. In 2013, the band was even declared “Band Of The Year” at the second annual Prog Rock Awards.

Throughout their over 40 year-long career and over 15 million records sold they have become the most outstanding representatives of their genre. With their extremely successful studio album “F*** Everyone And Run (F E A R)”, their second one released by earMUSIC and the band’s highest charting album across the globe since Steve Hogarth joined in 1989, Marillion have shown that they continue to stay as brilliant and vital as ever while consistently dodging categorization by crafting distinct, evocative music.

It all started with the release of “With Friends From The Orchestra” in 2019, when Marillion teamed up with “In Praise of Folly”, a string quartet accompanied by French horn and flute, to record a stunning album full of re-arranged Marillion treasures.

That same year, Marillion took these very special versions on tour and even added a few more songs like "Gaza" and "Zeperated Out" to the setlist, presenting them in a whole new light.

With Friends At St David's is not only a visually and sonically remarkable live album, but also a dedication to crossing musical boundaries and making "friends" outside of one genre and into the musical universe.

This is a two disc DVD release of the live concert footage housed in a plastic case with printed booklet, pressed in Germany via Racket Records and earMusic. 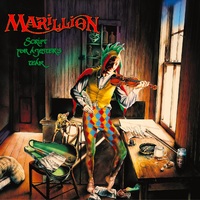