From its iconic album artwork to its euphoric, rejuvenated sound, Night Call is a thrilling new chapter for Years & Years. Inspired as much by pioneering figures like Sylvester as it is French House, at the centre of the record is that mermaid of a muse: a beautiful icon luring men to their death, on an album partly about those searching for love (or a lover), but ultimately finding power in themselves.

This album is effectively a solo project by front man Olly Alexander as founding members Mikey Goldsworthy and Emre Turkmen have stepped down as active members of the band and will continue to tour with Years & Years.

This album is on black vinyl with a printed inner sleeve, pressed in Europe via Polydor Records. 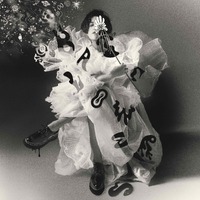 The Kills - No Wow