Welcome To The Madhouse is the debut studio album by Australian singer Tones And I, released in July 2021 via Bad Batch Records and Sony Music.

Tones’ first single “Johnny Run Away” was released on 1 March 2019 and is certified Platinum, as is her second single “Dance Monkey” which also reached #1 on the Australian ARIA singles chart. Tones And I is the first Australian female solo artist since 2015 to reach the coveted top spot, and the first Australian artist this year to claim #1. Her debut EP The Kids Are Coming was released in August 2019.

Tones And I’s widely anticipated debut album, Welcome To The Madhouse was written entirely by Tones And I, who also co-produced every song and stands out as a deeply reflective and personal body of work from the Australian artist.

The album includes the singles ‘Fly Away’, ‘Won’t Sleep’ and ‘Cloudy Day’.

This double album 2LP record set is a limited edition on red coloured vinyl at 45 RPM, housed in a gatefold sleeve, pressed in Australia via Bad Batch Records and Sony Music. 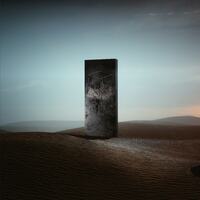