Live At Hamer Hall is a live album by Australian funk and soul band The Bamboos with The Melbourne Symphony Orchestra, released in December 2022 via Pacific Theatre and BMG.

To celebrate 20 years, funk powerhouse The Bamboos performed live on stage at Hamer Hall with the full 50 piece Melbourne Symphony Orchestra back in March 2021.

The group played songs from across their two decade-long career, arranged by band member trumpeter/arranger Ross Irwin. Tim Rogers performed "I Got Burned" on the second night, which features on this live album release.

This album is a limited edition on turquoise coloured vinyl housed in a single pocket sleeve with a download, pressed in Australia via Pacific Theatre and BMG. 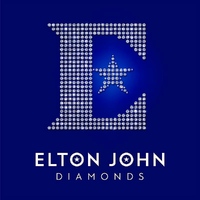