Greatest Hits is first greatest hits compilation album by Australian singer Olivia Newton-John, originally released in October 1977 via Interfusion in Australia, EMI Records in the UK and MCA Records in the US.

Olivia Newton-John issued her first volume of hit singles in 1977. Greatest Hits features her biggest international hits from her 1971 debut through to her 1976 album Come On Over.

It contains all of Olivia’s US Top 40 hits from that era including the #1 singles “I Honestly Love You” and “Have You Never Been Mellow”.

The album was certified double platinum in the US, platinum in both the UK and Canada, and has sold over 5 million copies worldwide.

This double album 2LP record set is the 45th anniversary deluxe edition on 180 gram heavyweight black vinyl housed in a gatefold sleeve with printed inner sleeves, pressed in the US via Primary Wave Music. 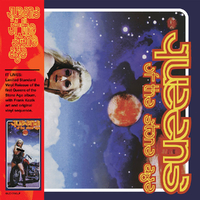