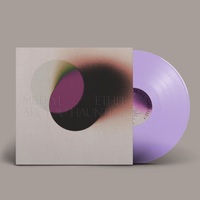 Methyl Ethel - Are You Haunted?

Are You Haunted? is the fourth studio album by Australian art rock band Methyl Ethel, released in February 2022 via Future Classic.

Across three albums (2015's Oh Inhuman Spectacle, 2017's Everything Is Forgotten and 2019's Triage) and three EPs (2014's Teeth and Guts, 2020's Hurts To Laugh), Webb has proven to be a prolific and masterful purveyor of eccentric alt-pop.

This album is a limited edition on transparent purple coloured vinyl housed in an embossed sleeve with download code, pressed in Australia via Future Classic.