Live At Auckland Town Hall is the first live album by New Zealand singer-songwriter Marlon Williams, released in February 2019 via Caroline Australia and Dead Oceans in the US.

This marks Williams' first official live album and the follow-up to his critically acclaimed 2018 sophomore album, Make Way For Love.

Williams spent the bulk of 2018 touring across the world in support of Make Way For Love, sharing the stage with his second family, The Yarra Brothers. The previous year also saw Williams' silver screen debut with a small role and performance in Bradley Cooper's Oscar-nominated A Star is Born.

Finally, after the whirlwind, Williams returned home to New Zealand, performing two sold-out nights at the Auckland Town Hall as a fitting cap to the world tour.

Across the past several years on the road, the Marlon Williams live show has taken on an almost mystical status; not just for Williams' extraordinary voice, but also for the hypnotic command he has over an audience, his seamless blending of genres, and the effortless, instinctive relationship he shares with his band.

Live At Auckland Town Hall captures an artist both early enough in his career to be humbled by the occasion, and developed enough to present a stunning catalogue of music and quality of performance. Live at Auckland Town Hall feels sure to enter the canon of great live albums in the years to come, a dazzling snapshot of Marlon Williams' musical singularity.

This double album 2LP record set is a 2021 reissue on pink coloured vinyl housed in a gatefold sleeve, pressed in the US via Dead Oceans. 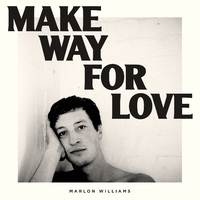