Respect is a soundtrack album by American singer and actress Jennifer Hudson, released in August 2021 via Epic Records.

Respect follows the rise of Aretha Franklin’s career from a child singing in her father’s church’s choir to her international superstardom. Respect is the remarkable true story of Franklin’s journey to find her voice. Hudson was handpicked by Franklin to portray her in the film.

The soundtrack features 17 Aretha Franklin classics performed by Jennifer Hudson plus the new original song “Here I Am (Singing My Way Home)” written by Carole King, Jamie Hartman and Jennifer Hudson, which was released in June 2021.

This double album 2LP record set is on black vinyl housed in a single pocket sleeve with inner sleeves, pressed in Europe via Epic Records. 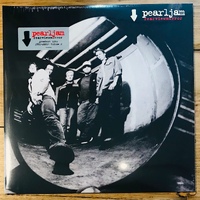