First-time-on-vinyl edition of the amazing debut release by Chile's Follakzoid, originally released on CD in 2009. Follakzoid have since released three mind-blowing albums on the US Sacred Bones label, honing their craft from Kraut-induced psychedelic rock to a kind of propulsive, minimal electronica, and even toured here to sell-out shows about 5 years ago.

This LP has been self-released by the band on their own BYM label in an edition of 500 copies, of which 50 copies have been made available for the Australian market. The album is an A-grade metronomic psychedelic rock & roll in the vein of Neu!, Spacemen 3, Loop and others.

This album is a limited edition pressing of 500 copies on black vinyl with a printed inner sleeve and remastered audio, pressed in Chile via BYM Records. 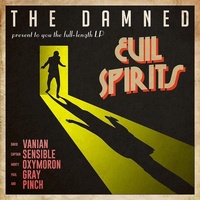