Originally from far North Queensland, a young Kelly grew up on a diet of Crowded House and Tom Petty. Later, he channelled his heroes in his first musical projects, The Broken Needles and Willow Darling. With the latter seeing him assume the role of a natural frontman, Kelly developed a knack for writing songs about everyday life with sparkling detail and depth, delivered with casual grace.

This album is on black vinyl with a printed inner sleeve and download code, pressed in Australia via Cheersquad Records & Tapes. 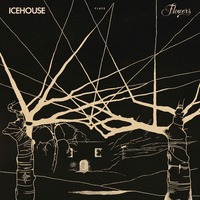