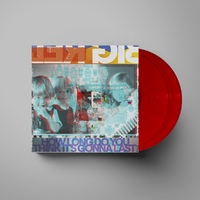 Big Red Machine - How Long Do You Think It's Gonna Last?

Big Red Machine presents the second album from Aaron Dessner's (The National) ever- morphing project with Justin Vernon (Bon Iver). How Long Do You Think It's Gonna Last? was produced by Dessner at his Long Pond studio in upstate New York and, over the course of 15 songs, celebrates his unique creative partnership with Vernon.

Musically, ‘How Long Do You Think It’s Gonna Last?’ features what Dessner calls maybe the ‘clearest distillation’ of his varying songwriting and production styles. Songs like ‘Reese’, the Dessner-sung ‘Magnolia’ and the elegiac ‘Hutch’ are built on the kinds of tear-jerking piano melodies millions of fans have come to love from The National, but then move at their own pace toward unusual sonic destinations. “Aaron’s greatest gift as a collaborator is his ability to evolve and experiment with the emotional sound that is so natural to him,” Vernon says of the material.

A sense of shared experience extended to the new album’s title, which was coined by Taylor Swift after Dessner told her he wasn’t sure what to call the new album. Intuitively summing up the themes, she suggested titling it ‘How Long Do You Think It’s Gonna Last?’, a question which she pointed out could refer to multiple subjects addressed therein: “childhood, family, marriages, a depression, a losing streak, a winning streak or a creative streak. Taylor saw it all so clearly,” Dessner says. “A year ago, we’d never even worked together. It’s so cool that this community keeps extending and that everyone who contributed to this album connected so naturally to the emotions at the heart of the music.”

Musically, the record is a mostly slow-paced pop album, consisting of midtempo songs led by soft pianos and guitars, as well as drawing from the indie rock and electronic styles of Dessner and Vernon, respectively.

This double album 2LP record set is a limited edition on red coloured vinyl housed in a gatefold sleeve with printed inner sleeves and download code, pressed in the US via Jagjaguwar.