Stephen Wilkinson better known as Bibio, is an English music producer. His music is primarily electronic and experimental in nature. He currently releases music via Warp Records, having previously been with Mush Records.

Wilkinson developed a passion for experimental music during his time at Middlesex University in London, where he studied "sonic arts". He developed his own style of music, drawing from contemporary experimental electronica bands such as Boards of Canada, and incorporating field recordings and found sounds. Electronically modified guitar melodies and droning synthesizer sounds are a recurring theme in his pieces, causing many people to label his music as a hybrid of electronica or intelligent dance music and folk music.

“I like contrast between my albums”, says Stephen Wilkinson aka Bibio. “When I finish an album, I crave doing something different for the next one.” No more so is this made apparent with Wilkinson hitting a major milestone, releasing his tenth studio album. Over those ten albums he has gracefully glided between electronica, ambient, folk, pop, indie, funk, soul and just about any other sonic avenue he’s decided to turn down.

After 2019’s ‘Ribbons’, an album he describes as “organic and woody sounding” with a “psych folk vibe”, for ‘BIB10’ he decided early on that he wanted to use more synths, drum machines, and electric guitars. “I wanted this album to sound more polished and slick,” he says. “But not ‘software perfect’. My influences for studio production mostly come from the 60s, 70s, and 80s where the craft was very different - getting a more polished sound, without ironing the humanity out of it, was part of the ethos.”

The result is an album heavy in grooves, be them looping guitar licks that lock into hypnotic swirls, buoyant funk beats, silky disco, texture-heavy soul explorations or that uniquely distinct tone that sounds like nobody other than Bibio. The tone here is rich, deep, resonant and conjures up a radiating warmth throughout.

This album is an indies record stores limited edition on gold coloured vinyl housed in a gatefold sleeve with printed inner sleeve and download, pressed in Europe via Warp Records. 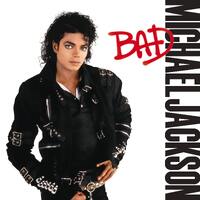