AM is the fifth studio album by the British rock band Arctic Monkeys, released in September 2013 via Domino Records.

AM was recorded between August 2012 and June 2013 at Sage & Sound Recording in Los Angeles, and Rancho De La Luna in Joshua Tree, California, and was produced by James Ford and Ross Orton. The album draws inspiration from various musical genres, including psychedelic rock, blues rock, hard rock, heavy metal, desert rock, R&B, soul, and hip hop.  Frontman Alex Turner cited Outkast, Aaliyah, and Black Sabbath as influences, while guitarist Jamie Cook cited The Rise and Fall of Ziggy Stardust and the Spiders from Mars as an inspiration for the album, saying that it was one of the only albums they listened to while recording AM.

Arctic Monkeys took a different approach to recording AM in comparison to their previous album, Suck It and See, incorporating new instruments to record the album, including pianos, organs, a Hohner Guitaret, and a vintage drum machine. Recording was done differently as well, with producer James Ford stating that instead of the "live" recording technique of the previous album, this album was recorded mainly with bass guitar and drums laid down first with emphasis on groove. Helder's drum kit was often set up in unconventional ways to achieve different sounds. Guest musicians Bill Ryder-Jones, Pete Thomas, and Josh Homme also featured on the album.

The album received critical acclaim from music critics and featured in many end of year lists as one of the best of 2013. It was nominated for the 2013 Mercury Prize for best album, hailed the Best Album of 2013 by NME magazine, and featured at number 449 on NME's list of the 500 Greatest Albums of All Time.

Commercially, AM has become one of Arctic Monkeys' most successful albums to date, topping charts in several countries, and reaching top ten positions in many more. In the United Kingdom, Arctic Monkeys broke a record with AM, becoming the first independent-label band to debut at number one in the UK with their first five albums.

The album has also been recognised as one of the best-selling vinyl albums of the decade, selling more than 27,000 units.

This album is a 2020 repressing on black vinyl housed in a gatefold sleeve with a printed insert and download code, pressed in Europe via Domino. 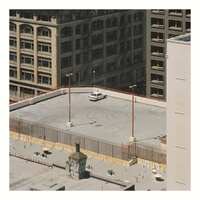