Dub Sessions 1978-1985 is a dub album by Jamaican reggae rhythm section Sly & Robbie, released in May 2016 via Jamaican Recordings.

Sly Dunbar and Robbie Shakespeare are simply known all around the world as Sly & Robbie.

They were the musical drum and bass backbone of Reggae since the early 1970’s. They have played on more records than any other set of musicians and to such a high standard that few could reach.

The third part of the jigsaw is the mighty Bunny ’Striker’ Lee who brought these legends together.

These rare dubs are taken from the original master tapes. You may have heard the tunes before...but never these versions. So sit back and enjoy Reggae Musical History in the making...

Sly & Robbie are a prolific Jamaican rhythm section and production duo, associated primarily with the reggae and dub genres. Drummer Sly Dunbar and bassist Robbie Shakespeare teamed up in the mid-1970s after establishing themselves separately in Jamaica as professional musicians. Sly and Robbie are estimated to have played on or produced 200,000 recordings, many of them on their own label, Taxi Records.

Dub is a genre of music that grew out of reggae in the 1960s, though it has developed to extend beyond the scope of reggae. Music in this genre consists predominantly of instrumental remixes of existing recordings and is achieved by significantly manipulating and reshaping the recordings, usually by removing the vocals from an existing music piece, and emphasizing the drum and bass parts.

Check out a couple of tracks from the album:  Sly & Robbie The Kings of Dub, Buffalo Soldier Dub, Burial Dub, Liquidation Dub and Jah Live Dub.

This LP Record is on 180 Gram Vinyl and was pressed in Europe. 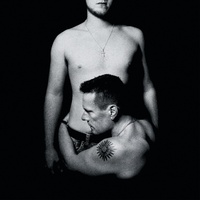 Sinéad O'Connor - I Do Not Want What I Haven&#