From Out Of Nowhere is the fifteenth studio album by British rock band Electric Light Orchestra (ELO), the second credited to “Jeff Lynne’s ELO”, released in November 2019 via Big Trilby and Columbia Records.

Lynne was the creative genius behind ELO which sold more than 50 million albums worldwide, had more than 20 Top 40 Hits across the U.S. and the U.K. and received countless awards and accolades. At the time of ELO’s formation, Lynne had said the goal was to create modern rock and pop songs. That goal remains true more than 30 years later with the creation of all new material on this album.

Lynne is among the most storied names in music history having created the hit group ELO, and serving as a founding member of the Grammy Award winning supergroup The Traveling Wilburys. He has produced and collaborated with The Beatles, Roy Orbison, George Harrison, Paul McCartney, Ringo Starr, Tom Petty and Joe Walsh. In 2015, he was honored with a star on the Hollywood Walk of Fame and is an active philanthropist.

The new album follows up a remarkable run of sold out European and American tours. Jeff Lynne’s ELO, whose music has touched fans deeply across three generations now, has found himself in recent years at the peak of his powers as a songwriter, musician and producer.

This new collection features a buoyant title song which opens the ten-track record including the wistful “Help Yourself” to the celebratory “Down Came The Rain” to the churning rocker “One More Time” to the sweet closer, “Songbird.”

From Out Of Nowhere shows Lynne finding new facets to his signature sound, at once drawing on his globally loved legacy and forging new paths in both sounds and emotions. Once again, he plays nearly every note of the music on guitars, bass, piano, drums, keyboards and vibes, as well as singing all of the lead and layered harmony vocals. Steve Jay, who also engineered the album, adds some percussion. Long-time ELO band member Richard Tandy adds piano on “One More Time”.

The second last song “Time Of Our Life” is a nice snapshot of how Lynne felt about playing live to 60,000 fans at Wembley in London, with the second verse summarising his feelings:

Another wonderful album full of memorable tunes, and a retro production sound that harks back to his Idle Race days.

This album is on 180 gram black vinyl with a printed inner sleeve, pressed in the US via Columbia Records. 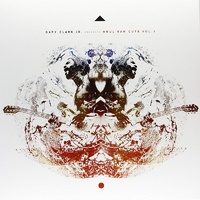