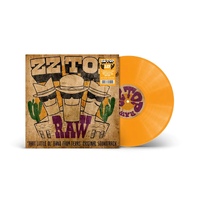 The band is composed of bassist and lead vocalist Dusty Hill, guitarist and lead vocalist Billy F. Gibbons (the band's leader, main lyricist and musical arranger), and drummer Frank Beard. One of just a few major label recording groups to have held the same line-up for more than 45 years, ZZ Top has been praised by critics and fellow musicians alike for their technical mastery.

ZZ Top are readying a new album titled RAW that was recorded in connection with the band’s wildly popular and critically lauded 2019 Netflix documentary That Little Ol’ Band From Texas.

The first track released is “Brown Sugar”, one of the earlier recordings in the band’s career.

The Grammy-nominated feature from Banger Films and director Sam Dunn includes an interlude that finds the group’s classic line up - Billy Gibbons, Frank Beard and the late Dusty Hill - gathering for a very intimate session at Gruene Hall, “the oldest continually run dance hall in Texas” located in New Braunfels, in the heart of Texas hill country.

That performance provided the basis for the RAW album release.

This album is an indies record store limited edition on tangerine orange coloured vinyl housed in a gatefold sleeve, pressed in Canada via BMG.