Live! Greatest Hits From Around The World is a live album by American rock band ZZ Top, originally released in September 2016 via Suretone Records.

The band is composed of bassist and lead vocalist Dusty Hill, guitarist and lead vocalist Billy Gibbons (the band's leader, main lyricist and musical arranger), and drummer Frank Beard. One of just a few major label recording groups to have held the same lineup for more than 45 years, ZZ Top has been praised by critics and fellow musicians alike for their technical mastery.

Assembled from various shows from various tours from around the world. Live! Greatest Hits From Around The World is billed as ZZ Top's first "full-length live album" - a matter of contention but let’s not let that get in the way of a great sampler of the band live. The compilation shows off the global appeal of the band’s extensive catalog, with seven countries in three continents represented.

“We spend the biggest stretch of every year out on the road, whippin’ wire, poundin’ skin, and rockin’ it way up,” guitarist Billy Gibbons said in a press release. “This is the true document of life de la ZZ. In an abstract surrealism style, this collection is a definitive chronicle of the band hangin’ together for four plus deluxe decades, getting down to do what we get to do. Enjoy and listen to loudness!”

The 15 songs were recorded over several tours in 13 cities around the world, including New York, London, Paris, Chicago and Sao Paulo, Brazil and features such classics as “Legs”, “Cheap Sunglasses” and “Tube Snake Boogie”. Jeff Beck, with whom ZZ Top has frequently toured, is featured on two tracks, “Rough Boy” and a cover of the Tennessee Ernie Ford folk standard “Sixteen Tons.”

This double LP set on black vinyl housed in a gatefold sleeve, is pressed in the USA. 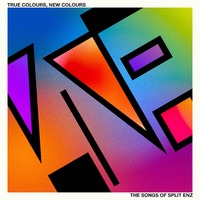