The album title means "The Crazy One" in Spanish.

Billy Gibbons has said that the recording of this album was the first time the three members of the band were isolated from one another in the studio, rather than recording simultaneously in the same room. It also foreshadowed ZZ Top's synthesizer-driven direction later in the decade, with early experimentations in synthesizer backing on certain tracks.

In June 2013, Gibbons told Joe Bosso of MusicRadar.com that the album was "a really interesting turning point", explaining that the band had "befriended somebody who would become an influential associate, a guy named Linden Hudson. He was a gifted songwriter and had production skills that were leading the pack at times. He brought some elements to the forefront that helped reshape what ZZ Top were doing, starting in the studio and eventually to the live stage. [He] had no fear and was eager to experiment in ways that would frighten most bands. But we followed suit, and the synthesizers started to show up on record. Manufacturers were looking for ways to stimulate sales, and these instruments started appearing on the market. One of our favorite tracks was "Groovy Little Hippie Pad". Right at the very opening, there it is – the heavy sound of a synthesizer. For us, there was no turning back."

Gibbons would later cite seeing a Devo soundcheck in Houston as inspiring the synthesizer line on "Groovy Little Hippie Pad."

This album is a 2019 reissue on hot pink coloured vinyl with a printed inner sleeve, pressed in Europe via Warner Bros. Records. 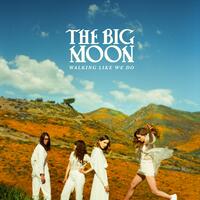