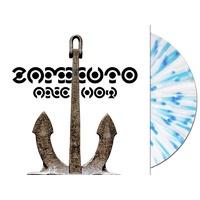 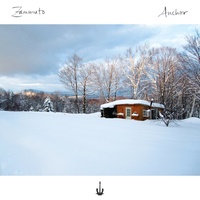 Though the project technically existed in the form of a few CD-R albums of glitchy, experimental ambience in the early 2000s, Zammuto made a proper debut in 2012 when Nick Zammuto, founding member of indie collage duo the Books, was processing the dissolution of that long-running and highly accomplished band. Part of that process was the recording of the tense, sometimes claustrophobic self-titled album from Zammuto

Follow-up album Anchor sounds almost immediately like the work of a different entity altogether, or at very least the work of an artist in a very different place than before.

The resulting songs are fitting to Zammuto’s canon while still being easy to shuffle into a more casual listening diet. “IO” is a bass-driven, funk anthem, more “single-ready” than anything he has previously released, with the songwriter singing loosely, with wild desperation. Opener “Good Graces” evokes the trip-hop of the ‘90s, similar to the atmosphere created by Massive Attack or Portishead. Zammuto’s rendition of standard “Henry Lee” serves as a refreshing contrast to Nick Cave’s work with the same song, highlighting Zammuto’s unique vision even within the most tried-and-true traditions.

The songs of Anchor flow gently into each other, even when they aren’t particularly peaceful (“Need Some Sun”, “IO”) . There is something smooth and refined about the work as a whole. This is never more clear than on the album closer, one of the few vocal-less tracks, “Codebreaker”, which touches on dance music as a reference point, serving as a splash of water on the face of the listener who has been hypnotised into Zammuto’s carefully crafted universe. It’s the bow on his gift to both long time fans and what should be some new appreciators, as Anchor proves to be just as the name suggests, a collection to cement Zammuto’s place in music’s past, present and future.

This numbered, limited edition LP of 1000 copies, with digital download is pressed in the USA on White with Blue splatter coloured vinyl.