Electr-O-Pura is the seventh studio album by American indie rock band Yo La Tengo, originally released in May 1995 via Matador Records.

Yo La Tengo (often abbreviated as YLT) formed in New Jersey in 1984. Since 1992, the line-up has consisted of Ira Kaplan (guitars, piano, vocals), Georgia Hubley (drums, piano, vocals), and James McNew (bass, vocals). In 2015, original guitarist Dave Schramm rejoined the band and appears on their fourteenth album, Stuff Like That There.

Despite achieving limited mainstream success, Yo La Tengo has been called "the quintessential critics' band" and maintains a strong cult following. Though they mostly play original material, Yo La Tengo is renowned for its encyclopedic repertoire of cover songs both in live performance and on record.

On their seventh studio album, Yo La Tengo would further expand on the venturous songwriting established on their previous album Painful (1993) with stunning craft and a deepened exploration of contrasting textures, moods and atmospherics. Electr-O-Pura was recorded at Alex the Great Studios in Nashville, Tennessee and produced by Roger Moutenot, who recorded the band's previous album, Painful. The song "Tom Courtenay", which is a tribute to the English film star, was released as a single on 21 March 1995.

Continuing with their ever-expanding Revisionist History series, Matador Records announce a 25th Anniversary reissue Electr-O-Pura. Now in a gatefold sleeve and cut from the original 58-minute master, the new reissue is pressed for the first time on two LPs to ensure the highest quality of audio the album has had on vinyl to date.

This double album 2LP record set is a 25th Anniversary edition on black vinyl housed in a gatefold sleeve with remastered audio, pressed in the US via Matador Records. 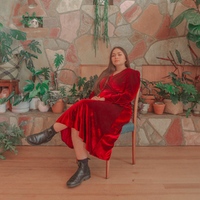