Share:
$34.90
In Stock
This album is now back in stock via our overseas supplier.

Yellowcard began writing and recording early in 2012, shortly after the touring cycle for When You're Through Thinking, Say Yes (2011). The overall positive energy the band had generated was inspiration to begin writing again. Bassist Sean O'Donnell left the band that February to focus on his upcoming marriage and family. Josh Portman later joining to fill the bassist position. Guest vocalists on the album include Alex Gaskarth of All Time Low, Cassadee Pope of Hey Monday, and Taylor Jardine of We Are The In Crowd. The recording sessions lasted five weeks, concluding April 8.

With the release of Southern Air, Yellowcard constructed a monument of an album that will serve as the new benchmark for the pop-punk genre.

Southern Air’s opening track “Awakening” stands at the front of a long line of brilliant openers from the band, with it’s massive, building chorus, perfectly placed changes of pace, and incredible use of Sean Mackin’s violin. From the outset, it’s clear that the band has chosen not to just write pop-punk songs, but to incorporate the elements of the genre in which they excel so well into something better. This is a rock n’ roll record, as best as could be accomplished in 2012. The momentum of “Awakening” carries over into “Surface Of The Sun”, highlighted by blistering guitar riffs and driven by the drums of Longineu Parsons III, whose ability to control the tempo and then let loose at the absolute opportune moment has made him one of the most talented drummers in rock. Not to be out done, Ryan Key’s vocals soar like never before during the chorus of what is quite possibly the heaviest song in the band’s catalogue.

One of the things that makes Southern Air such a notable success is the band’s ability to showcase such a variety of sound without losing even a shred of quality. “Always Summer” sounds like any of the best songs from Ocean Avenue on steroids, while “Here I Am Alive” is a massive, celebrative pop number, highlighted by guest vocals from We Are the In Crowd’s Tay Jardine.

On the opposite end of the spectrum lies the acoustic track “Ten”, a story of a song that deserves to be heard, not explained. “Telescope” is a perfectly crafted pop-rock song featuring a deceptively catchy chorus and wonderful harmonies that lead into the punk infused “Rivertown Blues”.

Unlike most albums that highlight a plethora of a band’s talents, Southern Air’s transitions never feel forced or out of place. The resulting product is probably the best album of the band’s career.

The album closes with the title track, which finds Key reminiscing on the song’s bridge, “And after living through these wild years and coming out alive / I just want to lay my head here, stop running for awhile”. This is the declaration of a band that has finally landed exactly where it wants to be.

Check out the tracks: Always Summer; Awakening; Surface Of The Sun and Here I Am Alive.

This LP on black vinyl with album digital download is pressed in the USA. 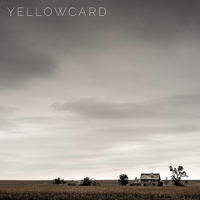 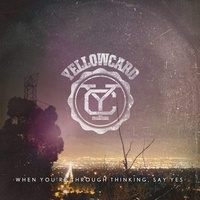