Yelawolf, is an American rapper, singer, songwriter, fashion designer, and business owner, who embarked on his solo music career in 2005, independently releasing material until his major label signing in 2010.

Radioactive was his major label debut album released through Eminem’s record label Shady Records, and Interscope. The album found immediate chart traction and debuted at #27 on the US Billboard 200 albums chart.

The album's final track, titled "The Last Song" described as very personal about Yelawolf's life, and it's a very emotional final letter to his absent biological father and talks about other past struggles.

This double album 2LP record set is a 2019 reissue on 180 gram heavyweight black vinyl housed in a gatefold sleeve with printed inner sleeves, pressed in Europe via Interscope Records. 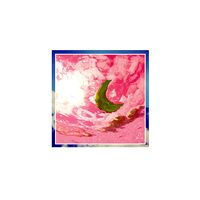