The W is the third studio album by the American hip hop group Wu-Tang Clan, originally released in November 2000 via Loud Records.

After their 1997 album Wu-Tang Forever and several solo projects, The W has a more rugged, less polished sound than most Wu-Tang related albums from that era. Group mastermind RZA produced The W with roughed up Soul samples and tight, tough beats. Paranoid kung fu samples and bizarre sounds drive the fantastic nightmare. The back-to-basics approach (the group's massive debut Enter The Wu-Tang comes to mind) works so well because it puts the focus back on some of the best rappers in the game.

The W debuted at number 5 on the Billboard 200, and instantly topped the R&B/Hip Hop Albums Chart after release. Containing the hit "Gravel Pit", the album was certified Platinum a few months later. It produced several singles, which also charted as well.

The album was certified platinum by the Recording Industry Association of America (RIAA) on December 14, 2000, and has sold 1.1 million copies in the United States.

Upon its release, The W received generally positive reviews from most music critics based on an aggregate score of 80/100 from Metacritic.

This is a Music On Vinyl Double Album 2LP Record set reissue on 180 Gram Audiophile Vinyl housed in a wide spine sleeve, released in July 2014 and pressed in Europe. 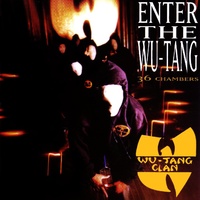