Iron Flag was certified Gold. Having churned out a myriad of solo projects since their breakthrough group album Enter The Wu-Tang and Wu-Tang Forever, the crew surprisingly came together a year after The W to launch a new album.

Rather than stick to one unified sound for most of the album's tracks, as with previous Clan albums, much of Iron Flag returns to many different individual sounds and styles that the Wu-Tang had visited over the years. Sonical influences range from RZA's Bobby Digital sound to the gritty style of the Wu-Tang's debut album, and the sped-up vocal samples style of Wu-Tang Forever.

The album cover is inspired by the Iwo Jima flag-raising photo from 1945, one of the most famous photos of all time. 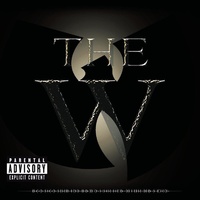