The follow-up to Whitesnake's 2008 comeback album Good to Be Bad, Forevermore was again produced by The Brutal Brothers (David Coverdale, Doug Aldrich, Michael McIntyre). This time the the band give a nod to their beginnings as a blues rock band, subtly adding more blues blues influences than the previous album, even including harmonica to the track "Steal You Heart Away".

The Whitesnake line-up that recorded this album was:

Upon release, Forevermore debuted at #62 on the US Billboard 200, and at #7 on the UK Albums charts

Two singles were released from the album: "Love Will Set You Free" and "One of These Days" and other tracks: "Steal Your Heart Away" , "Whipping Boy Blues" and "Forevermore"

This double album 2LP record set is on 180 gram heavyweight vinyl housed in a gatefold sleeve, pressed in Europe. 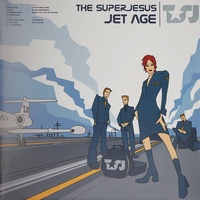