They Will Have Their Way is a compilation album by Various New Zealand & Australian Artists of songs written and performed by brothers Tim & Neil Finn, originally released in October 2011 via EMI Records.

This album is a successor to the 2005 album She Will Have Her Way and the 2010 album He Will Have His Way, which featured the songs of Tim & Neil Finn covered by female and male New Zealand and Australian artists respectively.

They Will Have Their Way debuted at #31 on the Australian ARIA Top 100 albums chart and peaked at #25.

This album is being released on vinyl for the very first time in 2020.

John O’Donnell who produced the original album has said the following in a press release:

"It's exactly fifteen years since Craig Hawker and I hatched this idea and sculpted it into shape... to us it was obvious, here were two of the worlds best songwriters with twenty-five years of incredible songs to choose from... with some careful and considered curation from us, we believed we had a strong idea... i think dedicating it, initially, to female voices and naming the first album she will have her way was smart... it defined the album strongly and proudly... we got Tim and Neil's blessing and then approached a range of female artists... the reaction was overwhelming... there was so much deep love and respect for these songs and for the Finns generally... that love poured out of Australian and New Zealand studios and made a direct connection to our hearts.... some people in the company didn't believe in this idea, thinking it a typical tribute album... we knew we had fashioned something different, something very deep and moving, something visceral, powerful, haunting...something life-affirming... we've now sold well over 500,000 copies of she will, he will (the male counterpart - which delivered equal love and mercy) and they will have their way which goes to prove we were right... and of course, we were only right because of Tim and Neil's incredible songs and the heart and soul that these artists brought to the altar... all of this is without us ever releasing these amazing reinterpretations on vinyl... it's fantastic to be able to remedy that now" John O'Donnell

This double album 2LP record set is on red and blue coloured vinyl housed in a pop up gatefold sleeve, pressed in Australia via EMI Records. 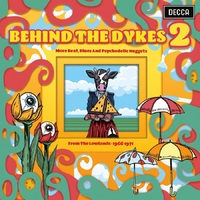