Music From The Home Front is a live album by Various Artists from an ANZAC Day TV Concert performances broadcast on 25 April 2020, released in June 2020 via Bloodlines.

Music From The Home Front was a virtual concert held across Australia and New Zealand on 25 April 2020, to pay tribute to the Australian and New Zealand Army Corps and workers at the frontline of the COVID-19 pandemic response. The concert was broadcast live on television by the Nine Network in Australia, Channel Three in New Zealand and YouTube internationally and run for 3 ½ hours.

More than 1 million Australians turned in, with the show rating number 1 for under 40 year olds. A related album by Various Artists, Music From The Home Front was released via Bloodlines on 19 June 2020.

This album is a 27 song compilation of iconic songs and classic covers, originally performed for the Anzac Day virtual concert of the same name. The virtual concert was broadcast live on the Nine Network in Australia and was a huge success.

This album features contributions and collaborations from some of the best and beloved Australian and New Zealand musicians: Jimmy Barnes with Ian Moss and Diesel, Crowded House, Tones And I, Missy Higgins and Tim Minchin, Vance Joy, Bliss n Eso and Kate Ceberano, Mark Seymour and James Reyne, Delta Goodrem and Colin Hay, Dean Lewis, Guy Sebastian, The Rubens, DMA’S, and many, many more.

100% of profits from album will be donated to Support Act - Australia’s only charity delivering crisis relief services to artists, crew and music workers as a result of ill health, injury, a mental health problem, or some other crisis that impacts on their ability to work in music.

This limited edition triple album 3LP record set is on 180 gram green, white and yellow coloured vinyl housed in a tri-fold gatefold sleeve, with an insert individually numbered and signed by Michal Gudinski, pressed in Australia via Bloodlines. 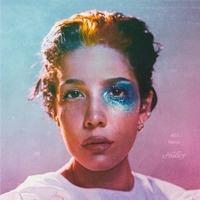